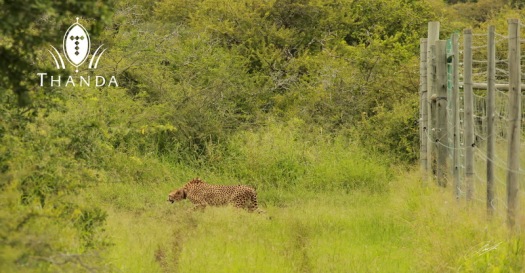 Today was a great day for the Thanda Cheetah population. They were joined by a new female which was released onto the reserve.  The three year old cat was born at Mountain Zebra National Park and came to Thanda via the Hoedspruit Endangered Wildlife Center.

The Thanda Wildlife Team (led by Mariana Venter) with the help of specialists from WildlifeACTFund (led by Simon Morgan) worked for seven hours to convince the young lady to leave her boma (A boma is an enclosure in which animals are normally kept at full board from the time of arrival at Thanda to their release onto the reserve).

3 – Simon Morgan (WildlifeACTFund) trying to spot the cat in the boma. 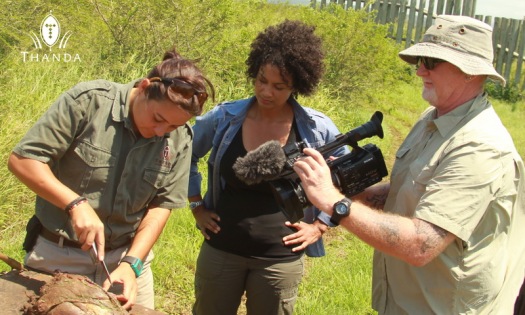 4 – Mariana Venter (Thanda Private Game Reserve) explains to the 50/50 team  the use of bait. 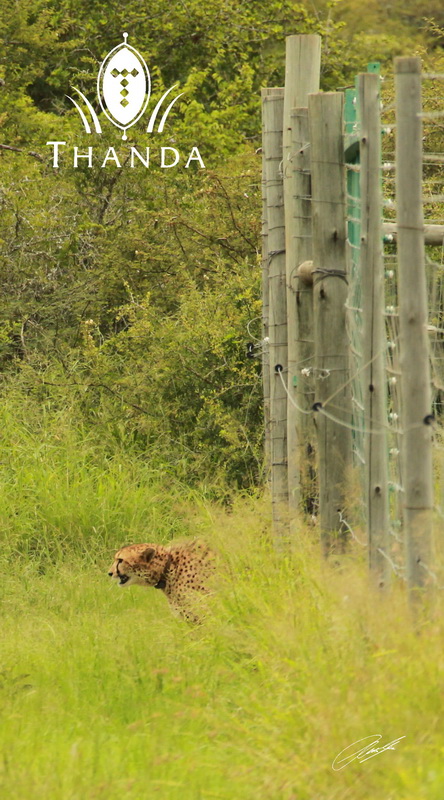