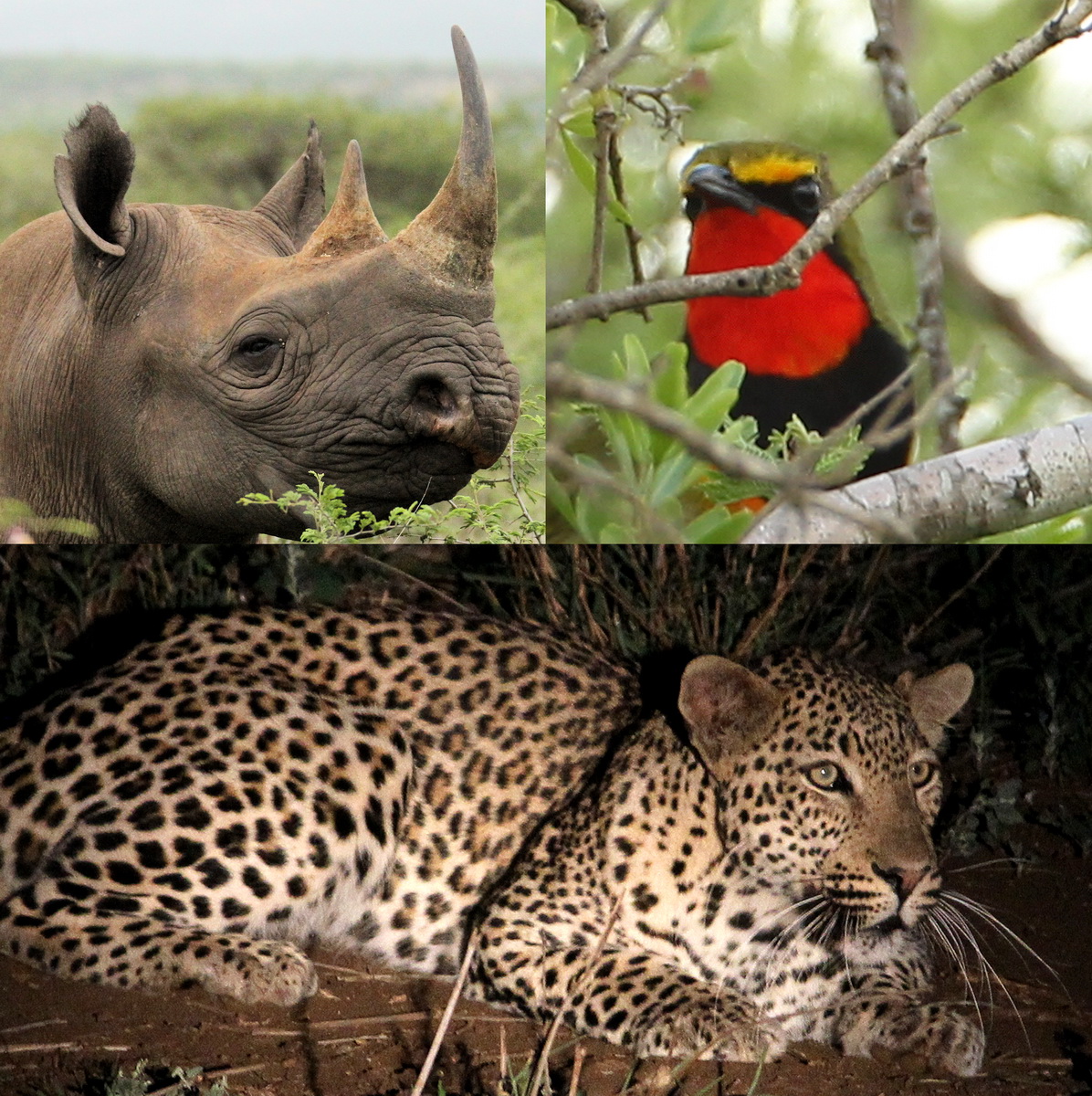 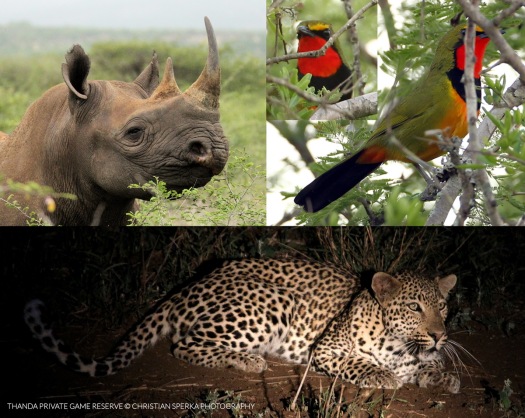 Two amazing days at Thanda! Even our most frequent safari guests were very impressed when we had Leopard and Black Rhino sightings two days in a row.

After last night’s exciting encounters with a young Leopard and three relaxed Black Rhinos (a bit of a contradiction in terms :-)), we spotted a big Leopard male early this morning and then found a quite nervous Black Rhino bull (being nervous is more standard Black Rhino behavior).

But the most exciting sighting for our guests was a Gorgeous Bush Shrike. This very colorful bird is often heard, but seldom seen (especially in good photographic condition). So after six years in which our guests were tracking this species in many different places around South Africa, yesterday Bheki and I were able to show them this beautiful creature (and we even got some decent pictures). 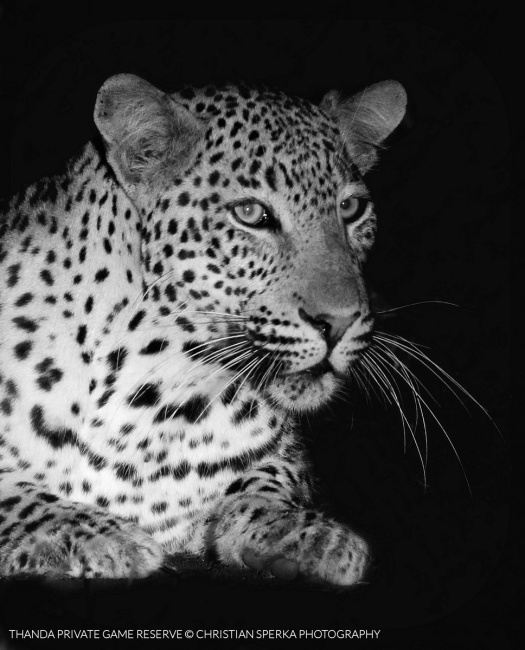