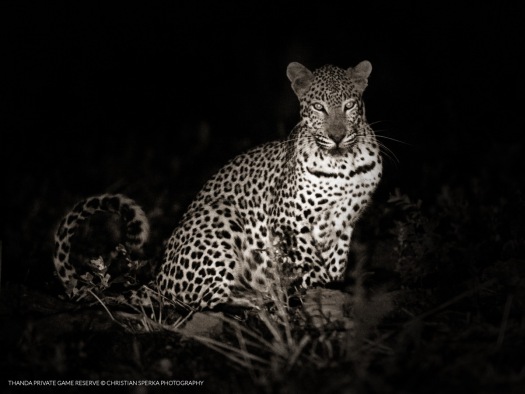 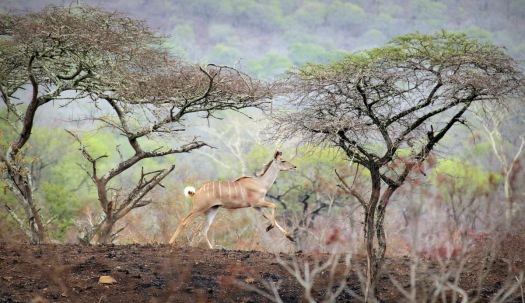 After the recent rains this young Kudu was running around with great energy in the wet grass. It looked to us as it was celebrating the relief from the drought! 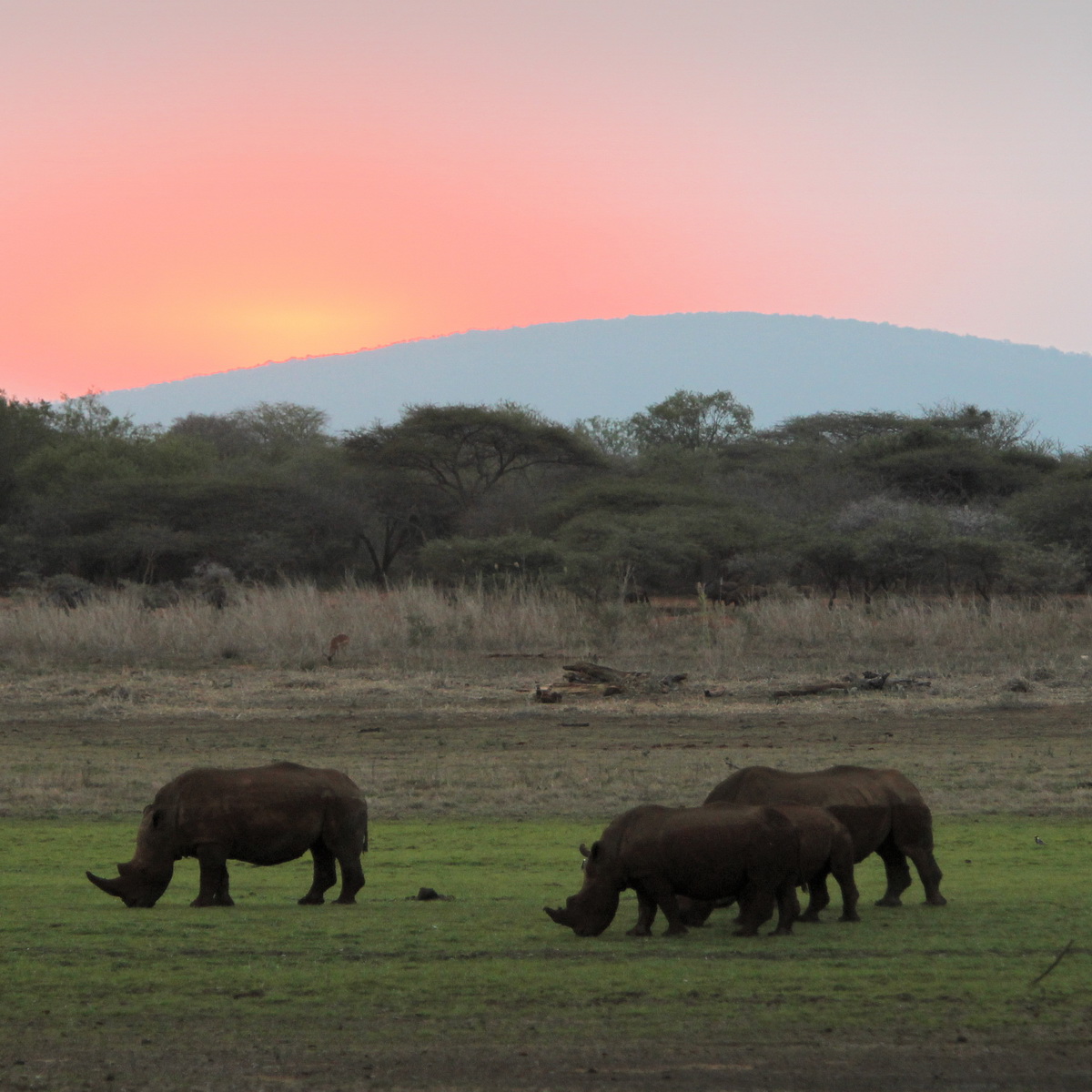 This week I had the opportunity to have a look at Pongola Game Reserve, a beautiful property with seven lodges. I stayed for a night and took a lot of images during two boat cruises on the Pongola River. It was very enjoyable 🙂 I hope to be back soon!

And now I am in Pretoria, getting ready for a trip to Europe. I am looking forward to seeing my family and friends in Germany and Switzerland.

Sorry to say, but there will be no wildlife posts for the next two weeks. I will be back on Thanda on 8 November.

The collage above shows three images I took at Pongola Game Reserve – White Rhinos at sunset, Nkwazi Lake Lodge and a sunset shot, taken during a boat cruise on the river. 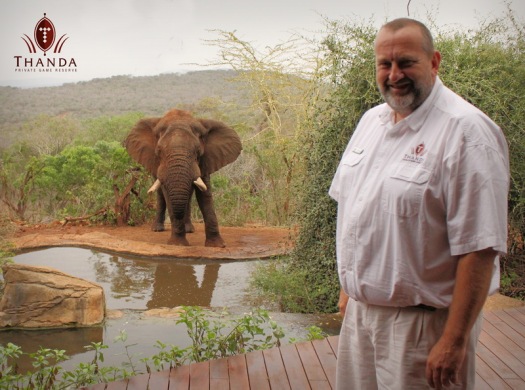 Well, in this picture I am with Thulani, one of Thanda’s largest Elephant bulls. I came to watch him at the Thanda Safari Lodge, having a drink at the waterhole. He was in musth when this picture was taken. During musth he needs a lot of additional water as he looses a lot of liquids to get rid of his excess testosterone (up to sixty times higher than normal levels). Because he is an old and experienced bull he does not get very agitated during this period. As Elephant ladies like the older and the bigger guys he has nothing to worry about!.

In comparison to his weight of approximately six tons, I could be considered a light weight 🙂

In August Bruno Fert, a well-known professional photographer from France, stayed at Thanda Private Game Reserve. Together with travel journalist Emmanuelle Eyles, he was working on material for stories about South Africa. Thanda was one of their subjects.

During his stay my tracker Bheki Ngubane and I were guiding them. Bruno was very kind and took some portraits of Bheki and of myself. I like them very much. They show me in both of my current professions, as field guide and as wildlife photographer. Thanks a lot Bruno!

I usually do not manipulate my images except to ‘restore’ them to what I recall as the best representation of what I actually saw. This normally includes the adjustment of color, brightness, contrast, sharpness and some minor cloning and makeup work.

This picture is an exception. It is a merger of four images of a female Giraffe raising her head after she was finished drinking. An interesting study 🙂

Sal (on Facebook) was the first to get the correct answer. We found this Puff Adder at Thanda House under a stack of fire wood. Due to the cold temperature it was very slow and did not react at all when Letishia took a piece of wood from the pile and discovered the snake.

I captured it and relocated it this morning away from Thanda House. After the release it took a few minutes before this incredibly camouflaged sake moved into the undergrowth.

Puff Adders are one of the most dangerous snakes in Africa. They have a very potent cytotoxic venom and are one of the fastest-striking snakes on earth. Due to the relatively low temperatures at this time of the year this specimen showed no aggression and could be handled quite easily.

This series of pictures were taken by Warren Beets (Thanda Reserve Manager) and myself during the release operation. Thanks Warren! 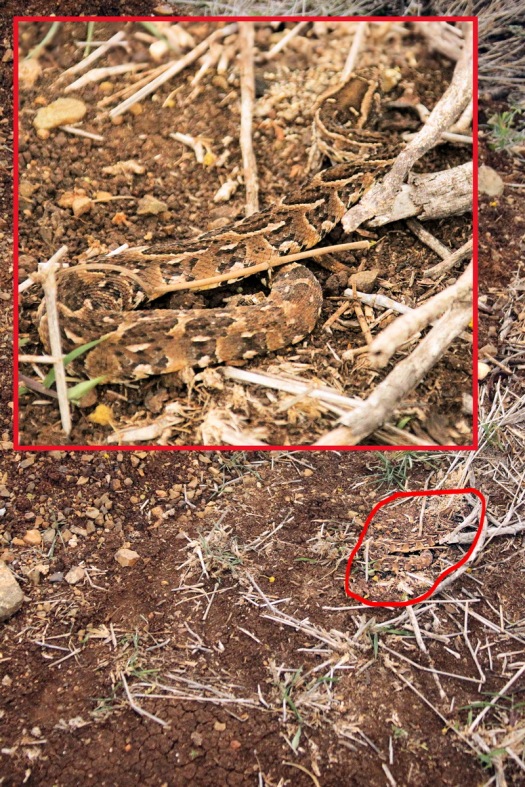 This picture shows me transferring the Puff Adder from the transport barrel to nice spot on the ground (near some undergrowth).

Placing it on the ground

Just in front of my GoPro camera 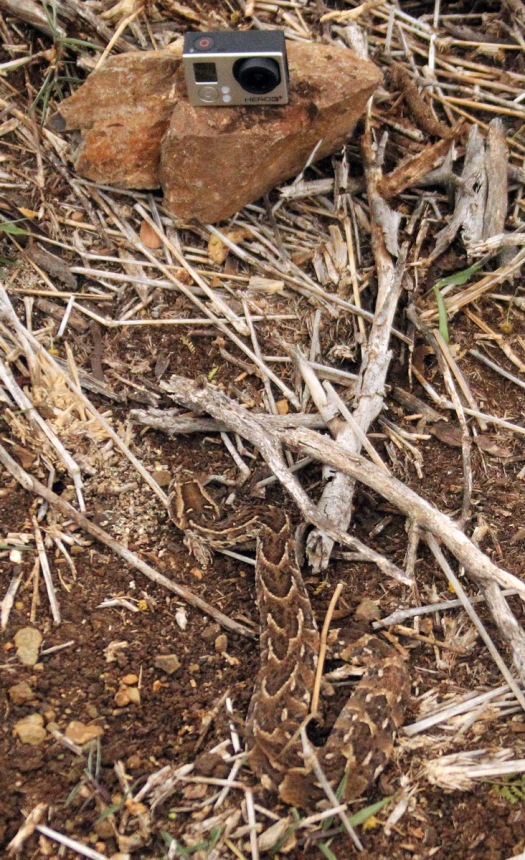 This is the release from the GoPro angle

And then the snake disappeared into the bush 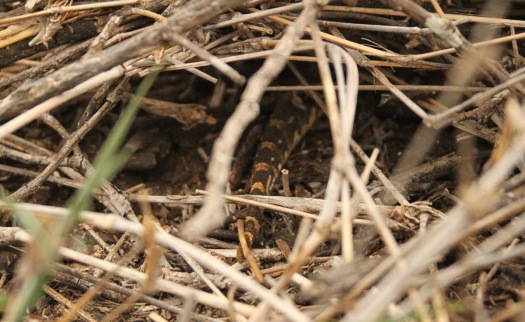 So far no one has found the animal in the picture. This is a bit sharper version of the same picture.