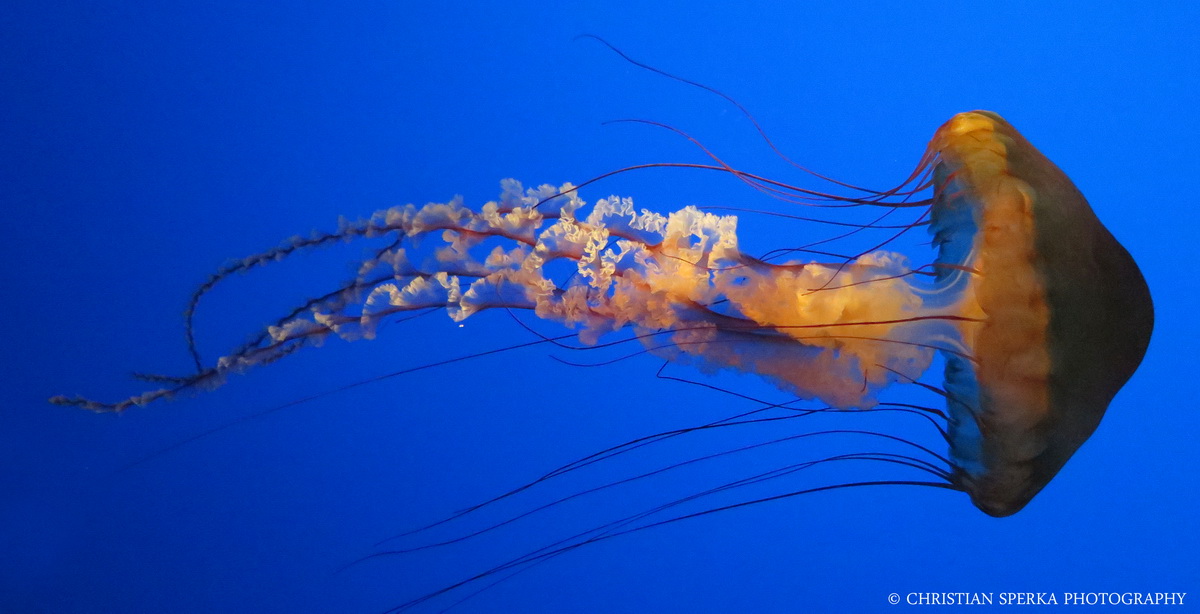 I recently visited the aquarium in Gatlinburg and took this image of a Pacific Sea Nettle, a most impressive creature.

The Pacific Sea Nettle in the East Pacific Ocean from Canada to Mexico. They have a distinctive golden-brown bell with a reddish tint. The bell can grow to be larger than one meter (three feet) in diameter in the wild. The long, spiraling, white oral arms and the 24 undulating maroon tentacles may trail behind as far as 10 feet. For humans, its sting is often irritating, but rarely dangerous.

4 Replies to “Something different!”